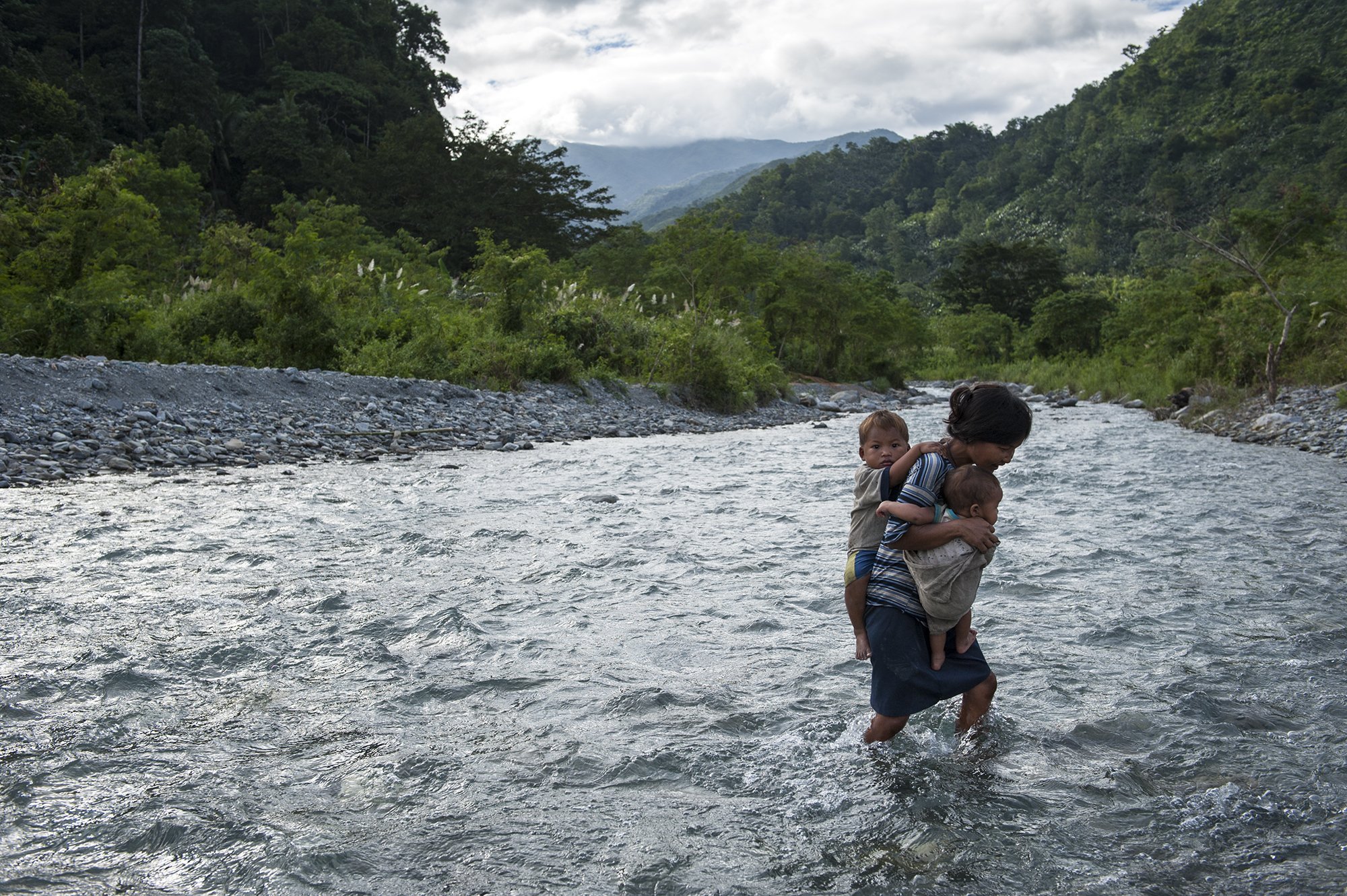 A Mangyan mother carrying her children across a small river in Mindoro. In the Bangon Mangyan culture, if a married man wants to leave his wife for another woman he simply has to pay his current wife a set amount of money. The man and woman will agree on a price, which isn’t generally too much, and then the man can leave. It is a fairly common practice and many men in this community had two or three previous wives. Many children end up having a number of step brothers and sisters. (2012, Oriental Mindoro, Philippines)