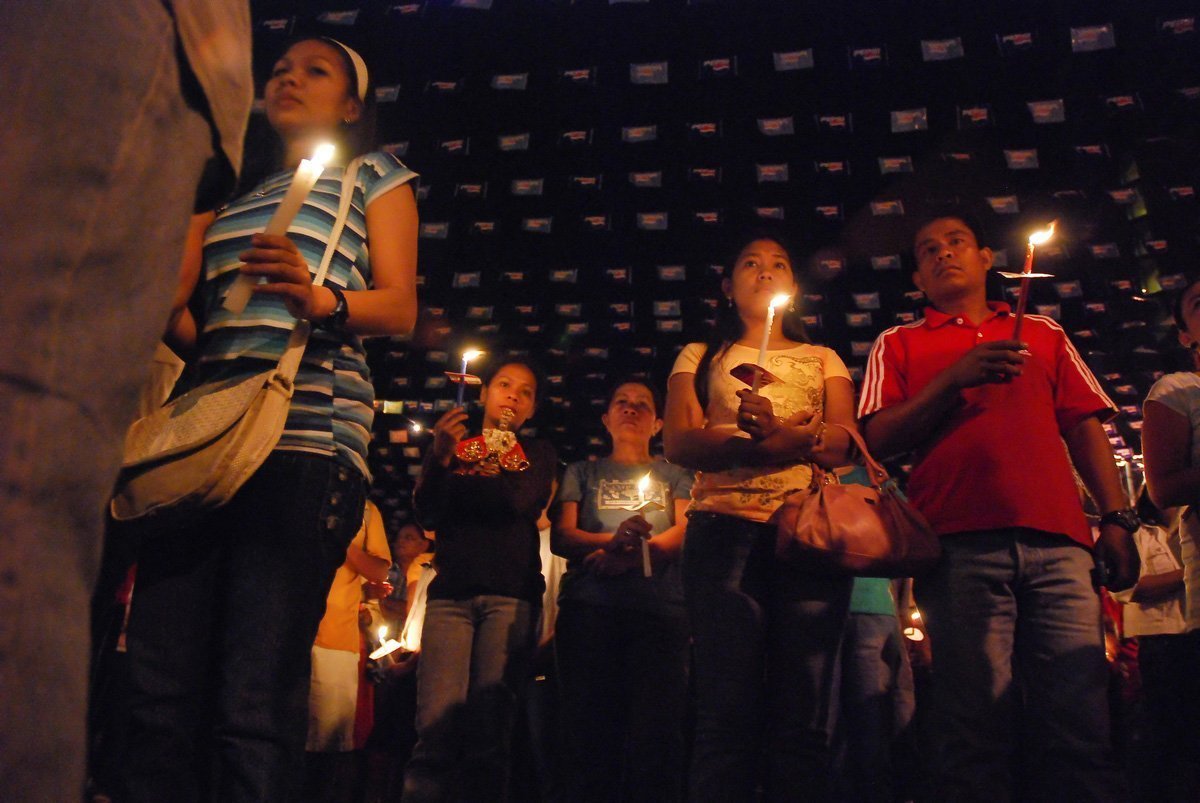 Grand Solemn Foot Procession of the Miraculous Image of Señor Santo Niño de Cebu…The Sinulog festival is one of the grandest and most colorful festivals in the Philippines. The main festival is held each year on the third Sunday of January in Cebu City to honor the Santo Nino. The Sinulog is a dance ritual that commemorates the Filipino people’s pagan past and their acceptance of Christianity.

The festival features a street parade with participants in bright-colored costumes dancing to the rhythm of drums, trumpets, and native gongs. Smaller versions of the festival are held in various parts of the province, also to celebrate and honor the Santo Niño