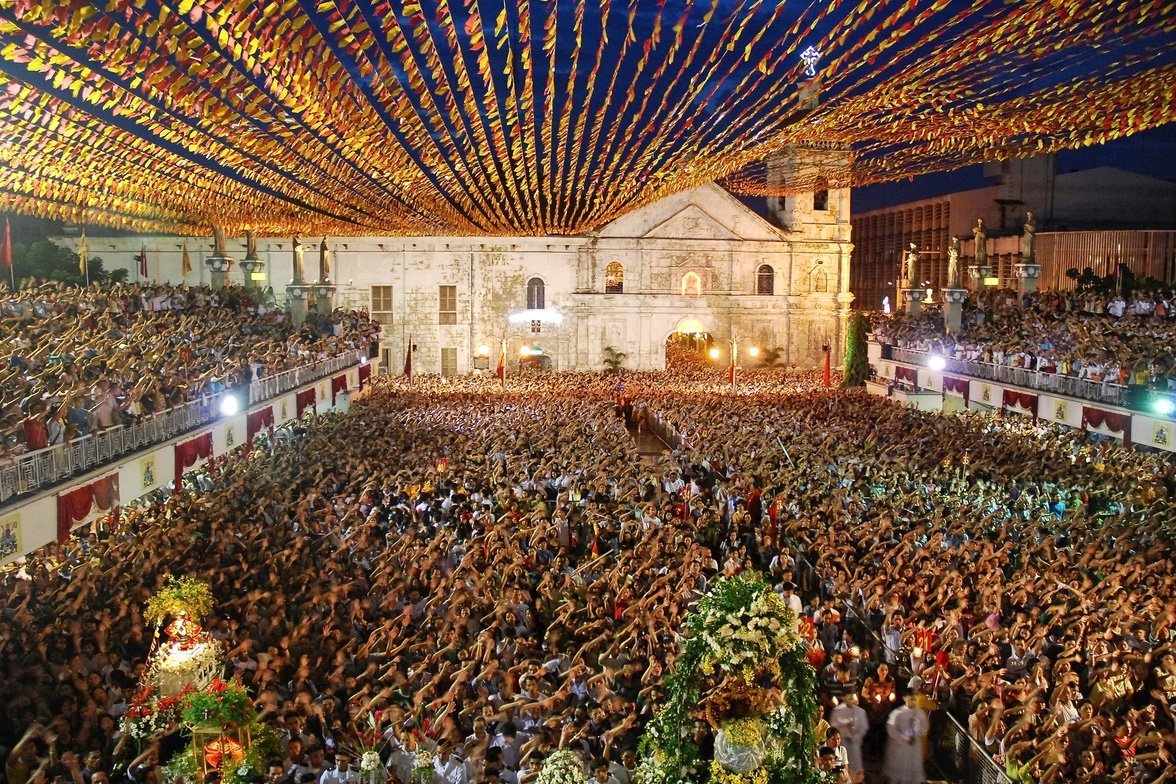 Thousands gather for mass at the Basilica del Santo Nino in Cebu during SInulog week to celebrate their patron saint.