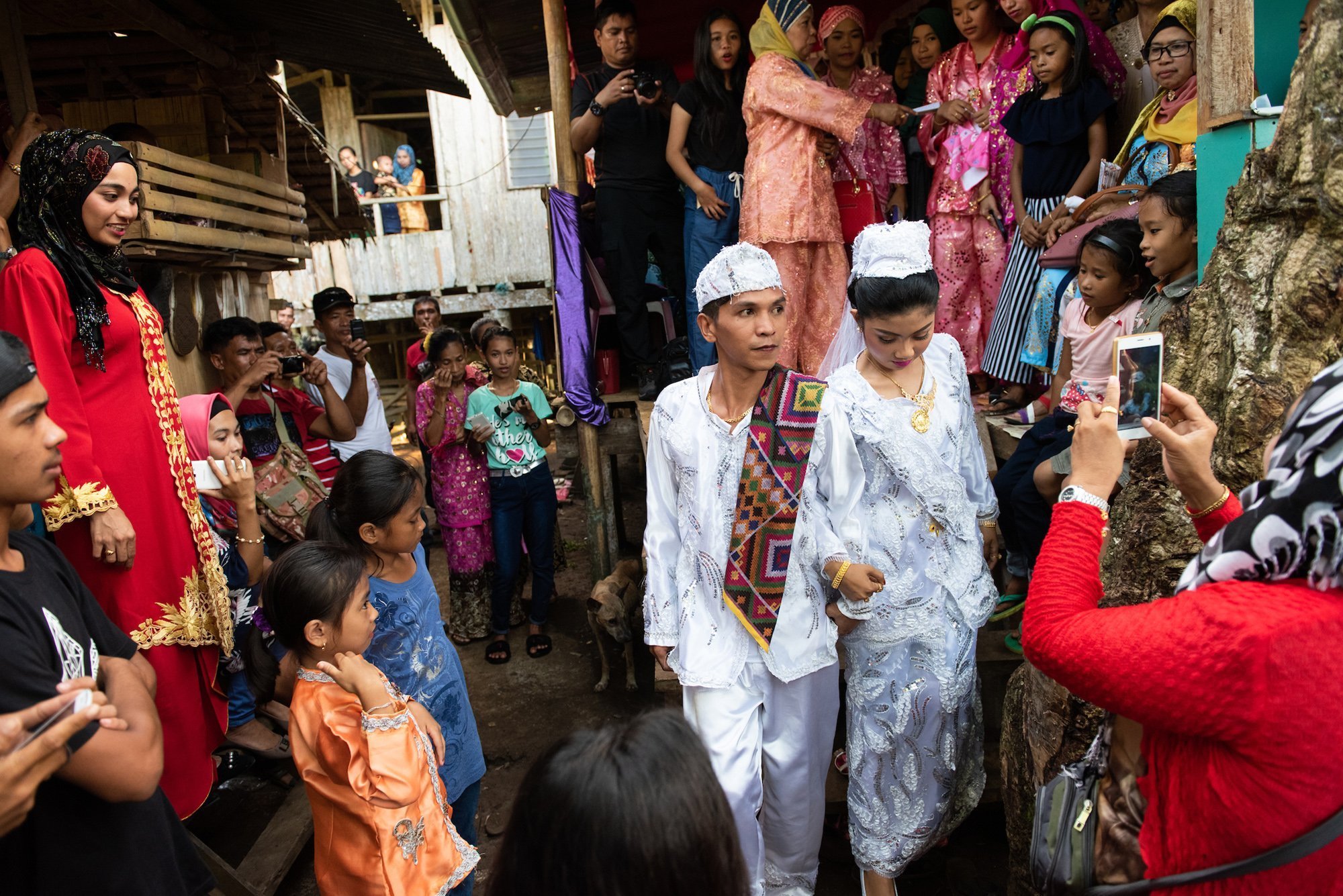 Many ethno-linguistic groups of southern Philippines adapted Islam in the 13th century with the arrival of Muslim traders. The Tausug people from Sulu adapted Islam and eventually fell under the Sultanate of Sulu that ruled the islands in the Sulu Archipelago. Despite islamization many communities held on to traditions that trace their roots from a pre-Islamic belief system. The Tausugs still practice age-old marriage customs with marriages usually being arranged by the parents. A dowry will be given to the bride’s family by the groom’s family. This dowry may be in the form of crops, work animals, land, money or pieces of jewelry. (2018, Jolo, Sulu, Philippines)